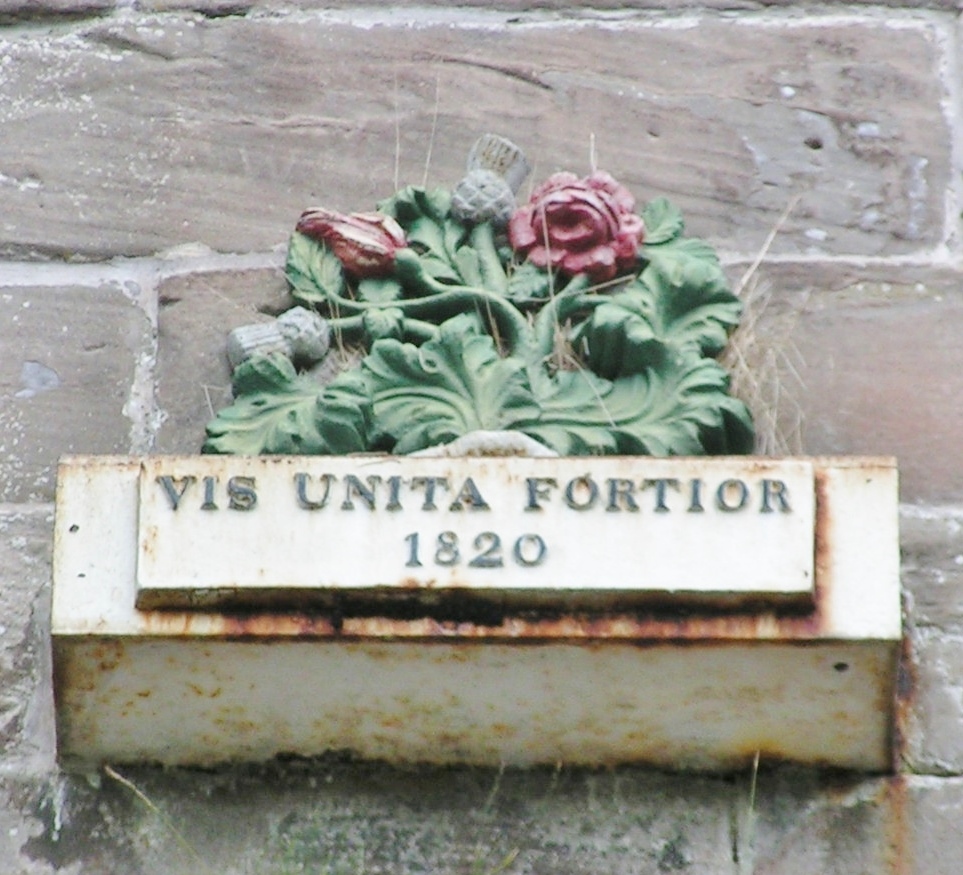 My main reason for putting together this little story is to illustrate my first use of the pages which Tami kindly mirrored at my request recently.  I think that as a pair they are going to be very, very useful.

We have several very well known bridges in the UK, but I doubt if many people other than local inhabitants or visitors to that area know anything about the Union Chain Bridge, known and signed locally as the Chain Bridge.  It spans the River Tweed between Horncliffe, Northumberland in England and Fishwick, Scottish Borders in Scotland.   When it opened in 1820, it was the longest wrought iron suspension bridge in the world with a span of 449 feet.  It was also the first vehicular bridge of its type in the UK.  I enjoy trying to imagine the kind of traffic that must have bowled or trotted over it at that time – a different deal altogether from today’s chaos!  What a boon it must have been for local people,  as it saved them either a round trip of 11 miles via Berwick-upon-Tweed downstream or a 20 mile trip via Coldstream upstream.  The bollards prevent large vehicles from using it today but smaller cars (including mine, but NOT with me driving!) did squeeze through to cross to the other side.

I particularly like the plaque with the date 1820, the English rose and the Scottish thistle and the motto VIS UNITA FORTIOR – united strength is stronger.  It may not be well known in the big, wide world beyond our UK shores, that on September 18th of this year, there is going to be a referendum in Scotland to decide whether we become an independent country or stay part of the UK, a decision which will obviously have  huge implicatons for our future.  The Yes and No campaigns are ‘slugging it out’ but I can’t help thinking what a perfect mott0 Vis Unita Fortior would be for the No campaign – a thought from 1820 having relevance today.